VICTORIA PEPPIATT: “MY CREATIVE BACKGROUND HAS BEEN AN ASSET IN TECH” 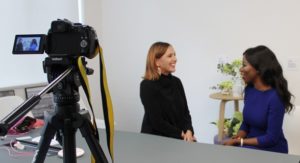 On paper Victoria Peppiatt does not sound like a typical tech entrepreneur. Starting out in the music industry, for 11 years she and her husband then ran a very successful creative agency, The Pink Group and she couldn’t code to save her life. Yet she’s now COO of Phrasee, one of the UK’s stars of the technology world, and has been nominated for Female Entrepreneur of the Year. 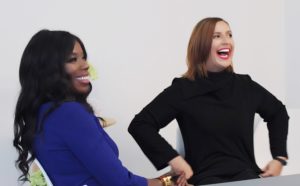 “When we launched email optimisation software Phrasee in 2015 I wasn’t an expert in AI and had never worked in tech before. It was the softer skills I brought, like how to run a business and build a team, and those skills were absolutely vital. Phrasee’s a clever piece of software that uses artificial intelligence to optimise your marketing language, and I’ve learnt way more about AI as the business has grown. But that wasn’t what I was there for”. 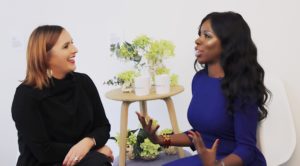 Phrasee’s vertiginous rise has been phenomenal, and for Vic the biggest challenge of going into the tech industry without a programming background or STEM degree was the little voice in her head. “I have never had negativity from outside – just from myself. But the transition from running one company to launching another was helped enormously by support from friends and family and belonging to a women’s network. Surrounding yourself with likeminded women is half the battle. I’m a big believer in women supporting women. I’ve also had some phenomenal mentors and coaches who give me time away from the business and help me work out what I need to put into place. 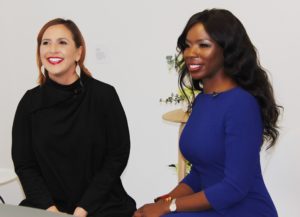 is a big believer in women becoming more involved in tech, because the benefits are huge.“It’s as enticing as advertising, the media or the music industry. From a business perspective it’s really fast paced and there’s constant change, which is really exciting. We’re the only company in the world doing what we do and every time we take another step forward, the whole team gets excited. So don’t think because it’s tech that you need to be techie yourself. Every business needs account managers, project managers and business development teams, so the opportunities in tech are endless. What’s more it’s well-paid, which is important too!”

About the Author: Cecilia Harvey

Cecilia is the founder and chair of Tech Women Today (TWT) that seeks to advance women in technology across various sectors.